History of the Town 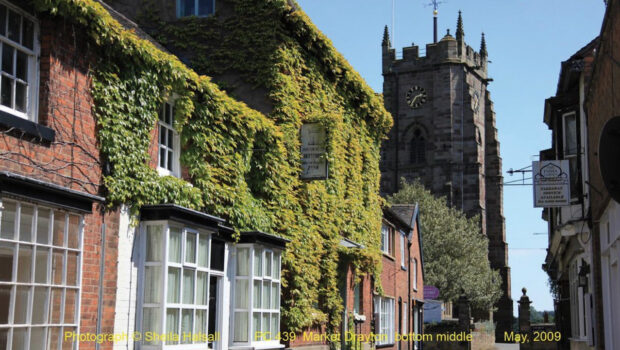 Just over 1000 years ago (in 1086), Drayton was recorded as a settlement in the Doomsday Book.

It was a small place, even then with just 5 households! However, nearly 200 years later in 1245 it was granted a Royal Charter for a weekly Wednesday market, and became known as ‘Market Drayton’.

In 1651, a good 15 years before London had its famous great fire, Market Drayton had one of its own which is said to have destroyed over half the town. Even in the 1960s when many fine historic buildings were demolished across the UK (some in Market Drayton), nothing has been seen to match the destructiveness of the 1651 event (thankfully). A bell sits at the top of the Buttercross now. Allegedly it is there just in case! Happily, these days we also have our own fire station, where a recent Mayor of Market Drayton, – at the time, the longest serving fireman in the UK – was in charge for a some years before his retirement.

In 2015, the Office for National Statistics estimated Market Drayton’s population at 12,100. Without doubt the town has grown since then. Much new residential house building has taken place – and some of it has been the subject of heated controversy; we attach great value to the green spaces we have here. When in early 2021, a proposal to develop woodland on the banks of the River Tern was submitted it met with virtually universal disapproval. Thanks to well orchestrated actions by local residents the plan was withdrawn rather hastily, in the space of a few months.